Thousands of africans suffer from albinism and, in the hot African sun, this lack of melanin can damage their skin and the risk of cancer is really high. In their communities, albino people suffer from prejudice, isolation and exclusion: they are called “White shadow” or “Devil”.

And as if this were not enough, they are in constant fear for their life because of the belief that the body parts of albino people will bring wealth and good fortune. In Tanzania, in the past five years, 72 albino people were murdered and many others were brutally mutilated; only five person have been convicted for these crimes.

Filmed over six years, In the Shadow of the Sun tell about albino men in Tanzania, through the lives of Josephat Torner and Vedastus Zanguleis, but it is not a “documentary” only. At first, you will be shocked and tempted to bury your head in the sand, then you will get emotionally attached with Josephat, Vedastus and every albino people.

I would reccommend to watch this movie for some beautiful photography of Africa, for an excellent editing that make the story flows at the right pace and rhythm, for its revelations about a rough subject ignored by all media. But that is not enough, there is a lot more. In the Shadow of the Sun reveals the truth about an untold reality of injustice, discrimination and cruelty against albinos in Tanzania.

This a story of courage of so few people in a really dangerous enviroment that would be an example for so many living in theirs modern, peaceful and more “civilised” countries. Everyone could pay close attention to this story, even if you are not interested in albinism in Africa, because it is about humanity as human beings, and Humanity as Kindness, Compassion. The lower case for “humanity” as human beings is not a mistake: despite of the cruelty of human beings (for ignorance or greed), Humanity of the main characters, Josephat and Vedastus, is the only answer (and dignity is what they desperately ask for). Humanity is the true triumphant winner.

Josephat Torner speaks out: ‘What we are demanding is a right to life. This should be fundamental, but we are being denied it.’

The story is told with respect and sincerity through the life of Josephat, Vedastus and a lot of other albinos (a lot of them are children) and succeed in representing this subject in the correct way and instigating a change hopefully in albinos lives in Africa and, in respect of their efforts, in our lives too. Thanks to Josephat, Vedastus, Kabula, Harry Freeland and his team that told me a story of Humanity and Dignity that enriched me. I will tell this story to my two little sons when they grow up.

This story tells about abino people in Africa, but it fits for all the “invisible” people in our society. 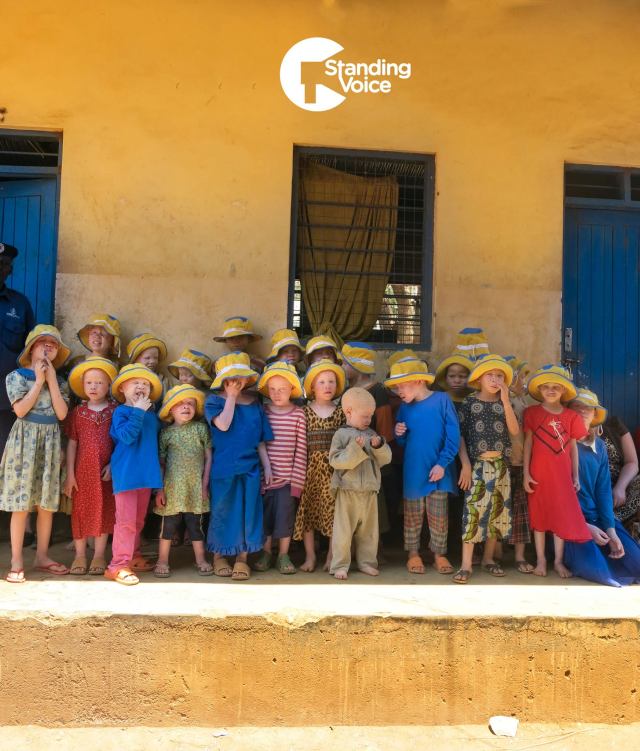 Winner of Documetary Award at One World Media Awards 2013

A novel by Cristiano Gentili

In the Shadow of the Sun

Ori and the Blind Forest

The Ultimate History of Videogames

Florence and the Machine: Cerimonials

Florence and The Machine – Lungs

Raised by The Pixels Wars